A HOUSE DIVIDED: BATTLE FOR THE MOTHER CITY

This lecture will focus on Crispian Olver’s recently published book, A House Divided: Battle for the Mother City, and will explore the underbelly of power, politics and property in the battle for political power in Cape Town. The story reveals the compromises that are made by city leaders to keep themselves in power, the way that city politics became closely intermeshed with internal party dynamics and the way that powerful property interests exerted influence over city government . The author will be in conversation with journalist and newspaper editor Ferial Haffajee who will challenge the author on some of his conclusions. 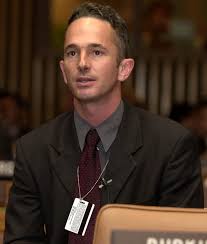 Dr Crispian Olver served as Director General at the Department of Environmental Affairs and Tourism  (1999-2005), Deputy Director-General in charge of Local Government in the Department of Constitutional Development, and Chief Director for the Reconstruction and Development Programme in the Office of the President. He holds a Bachelor of Science Medicine as well as a Bachelor of Medicine and Bachelor of Surgery, all from the University of Cape Town.  He is the author of How to Steal a City: The Battle for Nelson Mandela Bay.

Ferial Haffajee is Associate Editor at the Daily Maverick, and was previously editor-at-large at HuffPost South Africa, and editor of City Press newspaper. She was awarded the 2014 International Press Freedom Award by the Committee to Protect Journalists and appointed to the board of the International Press Institute in 2011.